Born on the same fields at the same time in 2014 as Shen Drones, Drone Racing League, and who knows what else, Rotor Garage is a product of a special time in East River Park, just east of the East Village in New York City.

How many times can you use "east" in one sentence? #challenge

Obviously some liked racing, others were focused on designing and flying. We loved freestyle and proximity flight (the roots of our chase desire).  Despite the casual nature of the gathering, all of the FPV pilots were forever interrupted by the NYPD when everyone was arrested. 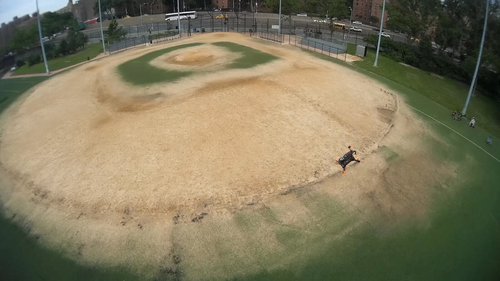 Losing a key and central gathering point, possibly the last and only one in the boroughs, the operational norm was no more. Everyone went their way, figured out what drone meant, what they wanted to do, and so born were many lost tribes of quality pilots.

It was through these hang outs the core of Rotor Garage met, luckily before the hammer of the blue shields delivered the final blow.

The new agenda was all about finding flight locations and combatting poorly engineered frames on the market.  These two things go hand in hand, but few people seemed to understand the correlation.

Living in NYC any good drone flight required a laborious trip. At the same time we were early in the tech and it was a challenge to keep one bird flying reliably. A poor frame, junk electronic, or any other system that required frequent bench work only cut into precious flight time. Time in the air was scarce - best to make the most out of it.

As a group we began migrating to mirror builds (2 identical drones) to provide more flight time - an obvious choice. Crash one, no problem here's the mirror, beep-beep-beep and flying. Break a part, repair off the other. Mirror or more builds are very common for us now. There are some triple builds!

So there we are in NYC where local fields are an express route to arrest. The media flooded headlines with drone stories. All of a sudden we were 13 years old again getting chased by cops as if for skateboarding and BMX biking on private property.

A huge difference now was our adult status and the consequences were quite severe. The police made all of this clear mentioning that terrorism charges were an available option. Fear tactic or truth, the point being local flight attracted significantly high risk.

Our diet was one of less flying and more designing and cutting frames or PCBs. Any inclinations pointing us towards insanity were handled by hacking everything drone, the "Engineering Team" is born.  Instead of a gaggle of "brah"'s high-five-ing for puffing a lipo or surviving a gap after $500 of previous failed attempts yesterday, Rotor Garage began soul searching and asking "what is the nature of flight for us?".

The answer is encapsulated by the "Park Missile". The Park Missile is synonymous with the "squirrel high on cocaine with a jet pack in a nut farm". Serious fun in the yard. Paths only available to cyborg squirrels or hand crafted robots. #YesPlease

As an Engineering "Team" our choice is to build the best we can, keep learning, and support each other to achieve goals in flight and life in general. Personal growth and mastery of flight is our flow and it is not limited to drone stuff. We are afforded this richness partially because of our abandonment of the toxic scene for a small group. We also generally skipped out on the "know-it-all" armchair engineer pissing match that is forums, chat groups, and social media at large. It's amazing how much time that frees up.

Our success is also a result of sticking together and recognizing trends and bad ideas early. The large can full of engineering mojo is also an asset.

After a few difficult years separating from "the norm" we have an impressive collection of frames flown all over the world. We look for nothing but the best gear and open source everything we possibly can.  In reality few see more than a blip of what we do. Our story is a personal one - random craziness, a little voodoo, and a group of pilots trying to develop a Vincent Black Shadow of freestyle drone.

Here's the three of us flying (in Fortnite): 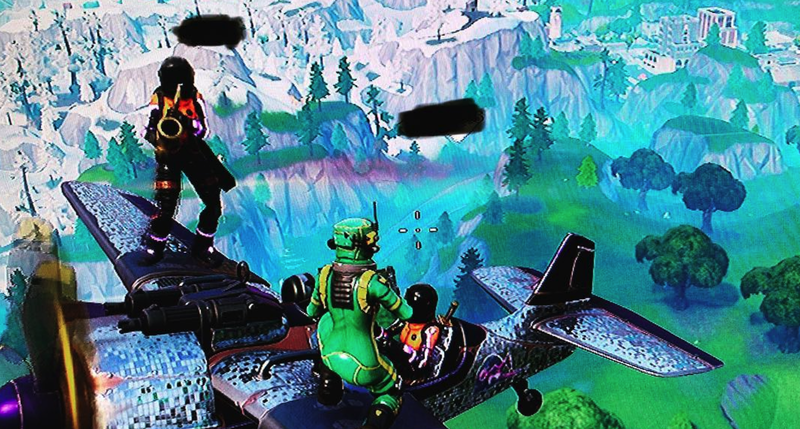 He came in around 2016 when we were lurking in a chat group. As if by the will of Ra we found the rare pearl of an engineer and pilot.  Equally disgusted with the status quo, he was all too ready to fly with equally passionate pilots and is the lead for all CAD and 3D Printing. The third flavor of crazy was a good one. Us original two were flying a little too comfortable while he was flying a little too crazy. A perfect match, and we needed a Marine, always a good skillset - be it zombie invasion or a solid never quit laser focus.

Now a days we have private fields, secret spots, and some of us even fly in our yards. In the spirit of sharing the technology Rotor Garage has a B2P (Business to Pilot) program connecting businesses to pilots.  The cross over supports a cutting edge trade by providing access to private land for pilots to fly.  Footage is in turn donated to the property owner and we edit together the highest quality action videos and release them on social media. It’s the right thing to do and you can find out more here. We are always looking for new people to fly with, new people interested in the tech, and are open to participate in anything positive for UAV in our domain. Do not hesitate to contact us.

Please email use via info [at] rotorgarage [dot] com or connect on Instagram.